skip to main | skip to sidebar

I woke up Sunday with a strange taste in my mouth and the vague realization something wonderful had happened the day before...if only I could remember what it was. Gradually disjointed images and fuzzy recollections began to resurface...I had probably mistaken this 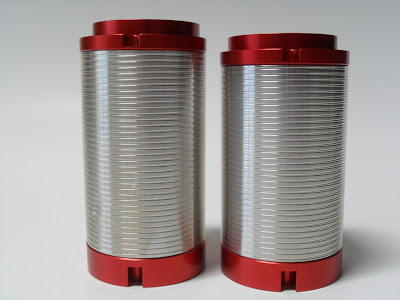 for a beer can, thus the strange taste in my mouth. Alas, it held no beer.
I had done a ride..yes! Kinda like old times at Annadel park. I brought my camera with me. After the ride started I entered a "low oxygen" zone and no longer had the strength to get my camera out of my pack. So,  here's a photo of the start when my brain still had some oxygen. 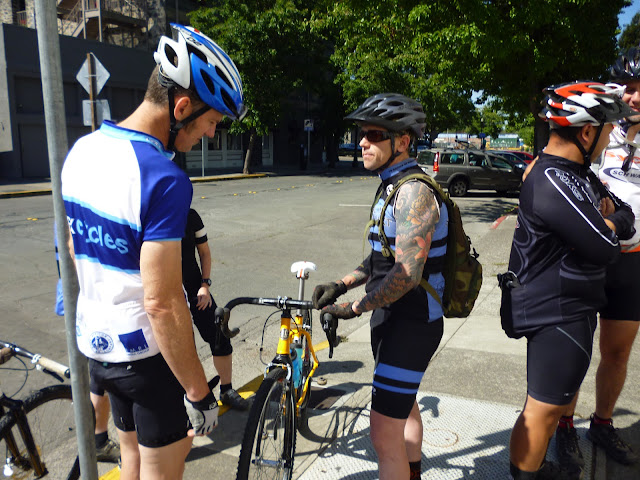 These are guys who make bikes talking about tapered headtube swaging or something equally incomprehensible. I was drawn to those brake thingies because they are shiny. 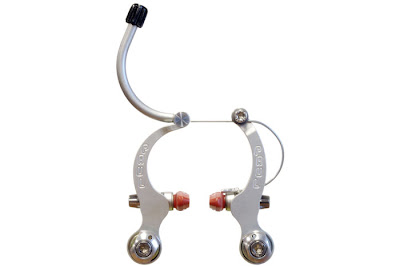 Yet somehow they were shinier than that one. Like all birdbrains I am attracted to shiny. I also liked the fat noodle. I hate flimsy noodles. And somebody said they stop well, which is good too I guess.
Now I kinda remember riding with lots of people, riding up for a really long time and down for a really short time. Somebody had a lot of flatz, especially in the fun parts. There were beautiful women there but I am too old to notice. The guy who makes the shiny partz was there and he gave me a beer that looked like this; 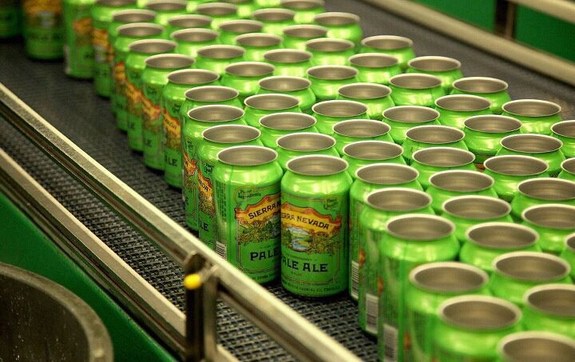 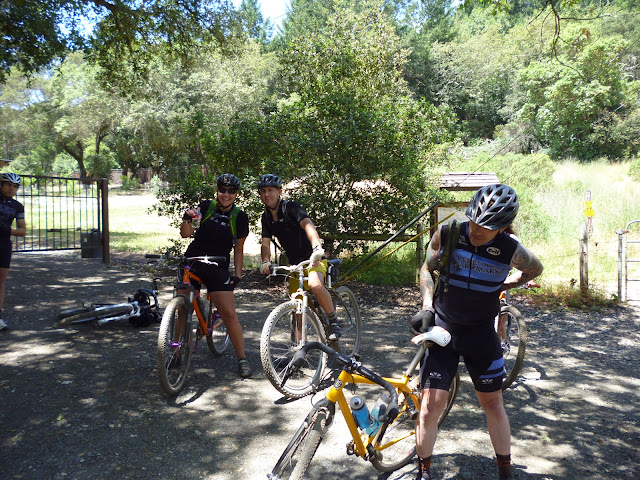 Afterwards we drank more beer and somebody drove me home.
And, as we all know, a cold beer carried to the top of the mountain has more value than any other. 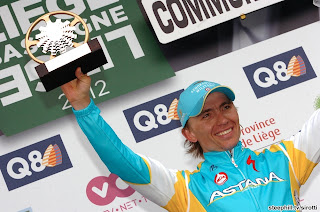 It is interesting to see how racers are treated differently because they come from countries not considered trendy. I noticed when I watched Liège-Bastogne-Liège, and Vincenzo Nibali had the lead. The commentators were going on and on about Nibali's countrymen in the crowd. But when Maxim Iglinski surged, they became almost silent. Of course Kasakh fans were not numerous in the crowd. I am reminded of Peter Sagan, who I saw as a rising star some time ago. He was slow to get recognition. How many Slovak fans are along the course when he races? There is something poignant about these racers, so far from home, family, friends, and all that is familiar. And yet they win.
Posted by Velocodger at 8:46 AM 1 comment:


Don't get too rattled by the recent reports of Paris-Roubaix skipping the Arenberg forest this year. I hear it's a ritual designed to keep the pressure on the local govt. to keep up the roads. Here's Tommke when he was just a squirt. 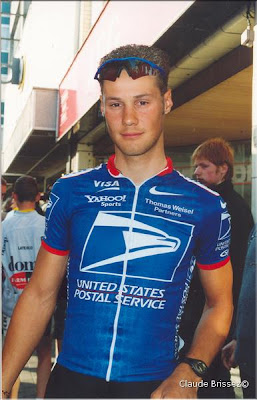 Posted by Velocodger at 6:16 PM No comments:

Tyler nails it at the Vuelta! 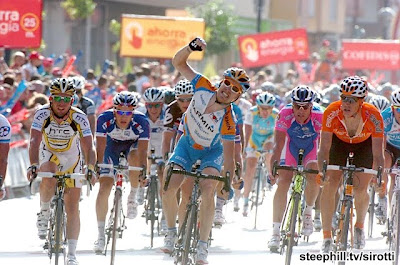 Our Tyler Farrar wins today at the Vuelta a España! No leadout train needed. He delivered himself to the line and beat the Manxman Cavendish as well. It was a drag race- no head-butting or blocking- a fair fight. He's officially the US' best hope for a sprinter. He refused to take the bait to diss Cav in the postrace interview. A class act. Keep up the good work Tyler!
Posted by Velocodger at 1:06 PM No comments:

We miss you Sheldon Brown! 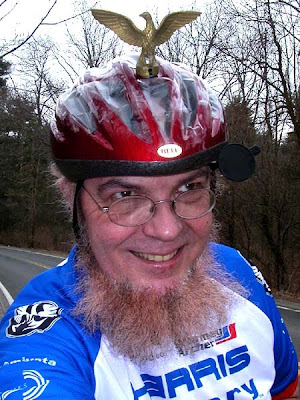 Sheldon Brown lives on in his good works.
Click here for the English-French cyclist's dictionary.
Thanks to Harris Cyclery for keepin' the faith.
Doug
Posted by Velocodger at 1:22 PM 2 comments: 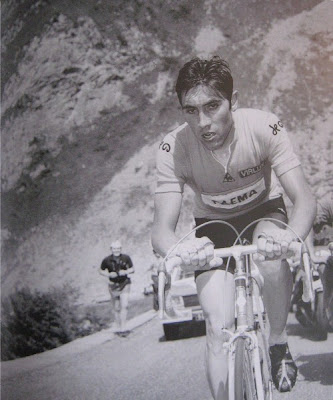 Suffering is in the mind of the sufferer. To some, the act of breathing hard and sweating constitutes suffering. To me that state is a "state of grace". My body has undergone a transformation that the eternally sedentary can only imagine. I know from experience my aerobic capacity has doubled from my at rest state, the endorphins are coursing through my veins, and I experience a euphoria enhanced by the scenery and the sweet air I'm inhaling. Climbing allows this state at lower speeds, which permits me to relax mentally - as opposed to high efforts on the flats which lead to higher speeds.
Racing is a different matter. Digging ever deeper as we lead or chase the peloton, gritting our teeth and vowing to keep up with that wheel ahead- now that's suffering! When my heart is pounding so hard I'm afraid it might burst-that's when I tell myself-
today is a good day to die!

And by the way, that's the Tourmalet Eddie's climbing.
Posted by Velocodger at 9:58 AM No comments:

Velocodger
I did some road racing in the days of wool, and some mountain bike racing as well. When the after-race beer trucks stopped coming to MB races, I did too. I once had a gig as a bike messenger. At Western Union in '69 in SF, there were no fixed gears or tight pants, just cheap bikes and low pay!